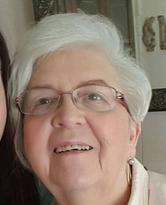 Rita began her painting career in California taking painting lessons from several well known West Coast artists. It was there she developed a particular interest in portraits.  She continued her growth by attending portrait workshops and seminars led by world renowned portrait artists such as John Howard Sanden, Darwin Musselman and Leon Loard. Rita became a charter member of the Portrait Institute of New York, founded by John Howard Sanden and is a former member of the American Society of Portrait Artists. While living in Washington State, she was invited to be published in the journal “Artists of the Northwest”.  Rita paints a variety of subjects.   She has been painting over 35 years and teaching  over 25 years. She has taught  hundreds of workshops over the country and before moving to Oklahoma,  taught  weekly classes in her studio in Mendenhall.  Rita’s paintings are held in private collections in Japan, India and throughout the United States. In addition to painting and teaching, Rita does commissioned work.

A major project Rita completed was twelve individual portraits of Jesus’ disciples which took well over two years to complete. Her  paintings have been exhibited in California; Washington State; Louisiana and Mississippi.

Rita H. Johnson grew up in Mendenhall, Mississippi, finished collage in Drafting Technology and became a Designer Draftsman. She lives with her husband, Bill, in Broken Arrow, Oklahoma.  They have two children and four grandchildren.